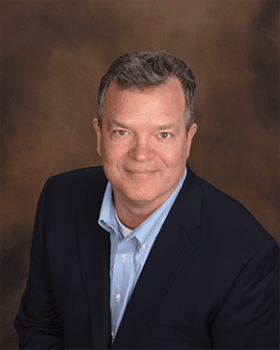 Brian's legal career began at the predecessor of DLA Piper as a summer associate in 1990.  Brian developed his own dynamic business litigation practice at DLA, achieving partner in 1999. Brian earned a reputation as a tough, aggressive, business litigator and counselor to business owners, executives, and boards. Equally adept at trial and lawsuits, arbitration, mediation, negotiation, investigations, or counseling to avoid litigation,

Brian has been a member of the California State Bar and San Diego County Bar Association in good standing since 1991. He is admitted to practice in the state courts and federal courts in California, but has also handled numerous cases in other jurisdictions and abroad.

Brian has been recognized by the bench, bar, peers, and the community. He was a member of the National Institute of Trial Advocates and the Thomas More Legal Society.  Brian is an alumnus of the San Diego Chapter of the Louis Welch Inn of Court. Brian was appointed to serve as a volunteer Judge Pro Tem by the San Diego Superior Court, Small Claims Division, where he served nights over portions of six years. The Association of Business Trial Lawyers elected Brian to its Board of Governors for the San Diego Chapter, where he served a three-year term. Brian has been recognized as a "San Diego Super Lawyer" in Business Litigation. He served on the board of directors of San Diego's leading provider of homeless services, Father Joe's Villages, most recently as Chair of the Fundraising and Development Committee. Brian also served on the board of the Notre Dame Club of San Diego.

Brian grew up in the Midwest, in Cleveland, Ohio. He attended the University of Notre Dame on a football scholarship from 1981-1985 (earning two letters and playing in 25 games, including two bowl games, as a tight end and special teams player), where he graduated with a double major in accounting and philosophy, on a pre-law path. While at Notre Dame, Brian's highlights included an internship on Capitol Hill.

Although Brian knew he would eventually practice law, he first sought practical business experience. Brian worked with the public accounting firm of Ernst & Young (then Ernst & Whinney) from 1985-1988, first as a staff auditor and eventually an audit senior, auditing clients in manufacturing, banking, and insurance. He achieved his CPA in 1988. This public accounting experience was invaluable in instilling the values of client service, professionalism, and integrity, in addition to the substantive accounting, finance, and business knowledge. Brian has often drawn on this background in cases and investigations involving complex finance, accounting, or internal control issues.

Brian resides in the Del Mar Mesa area of San Diego, with his wife Maureen and two sons James (13), and Blake (11). He is a member of the Church of the Nativity Parish in Rancho Santa Fe. His hobbies include coaching school sports with his sons and playing other sports, including tennis and golf, camping, fishing, hiking, music, travel, and spending time with his family and friends. Brian also has an interest in local and national politics, and has supported a number of political candidates over the years, including hosting and attending political fundraisers and policy events.